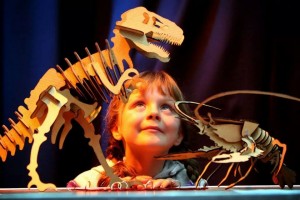 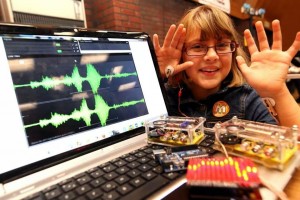 Above photos By David Charlton Photography Courtesty of Gateshead Libraries

Jon’s “Over Eng’D” flying duck and Iain’s Polar Pong gave a new meaning to the words physical computing with a mass of stepper motors and pulleys. 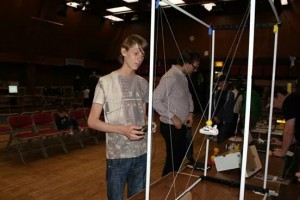 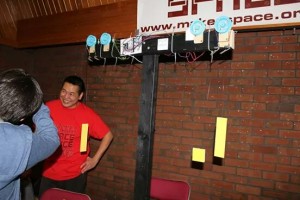 Tony’s “R-Kade” a Raspberry Pi based mini arcade was brought out again to entertain those people wanting a trip down video gaming history. Who would have guessed that Pacman, Galaga and Donkey Kong would still appeal the younger audience.

We had giveaways in the form of Alistair’s designed and laser cut Maker Space keyrings and custom prints on “ball pool” balls from Glen’s “Egg-bot” plotter.

The local radio amateur group, Angel of the North Amateur Radio Club (ANARC) were there for the first time. They had brought various radio receivers and transceivers for everyone to listen to.

Imperial Troops from the 99th Garrison were posted made sure no droids got lost during the days proceedings 🙂 The Stormtroopers, Tie Fighter pilots, Bounty Hunters and Imperial Officers made an impressive sight. 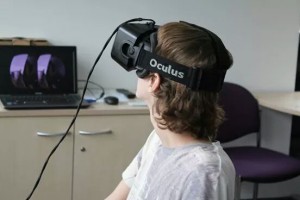 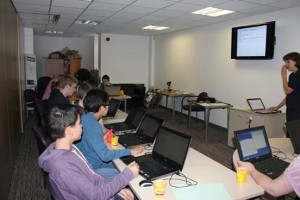 Thanks to Tony for the bulk of the info for this blog, Jon for the video and Jacqui from Gateshead Library for the images

This entry was posted in Uncategorized. Bookmark the permalink.