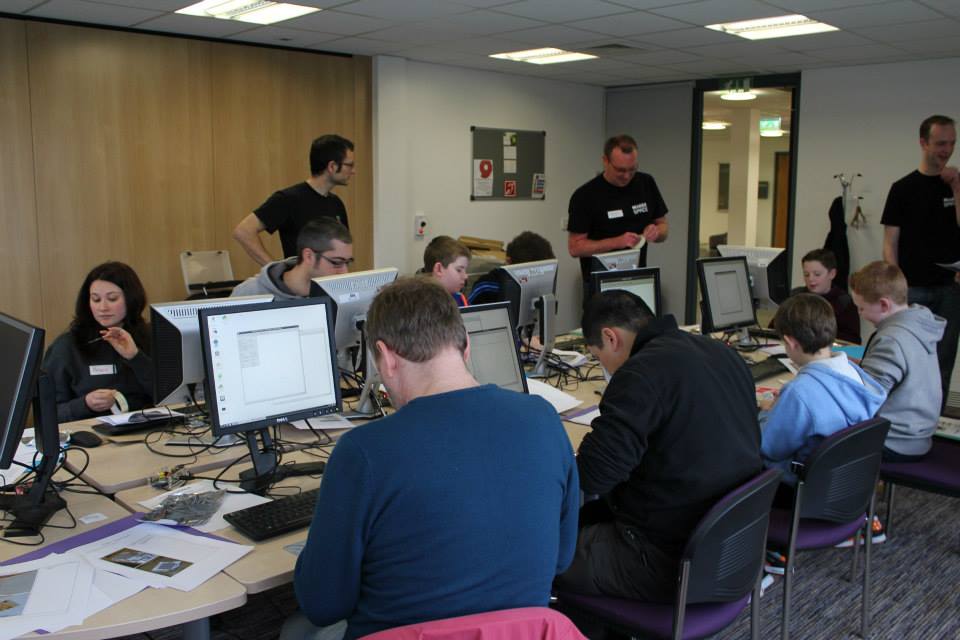 On Saturday 21st January, Maker Space gave a workshop at Gateshead Library which was funded by The Carnegie Trust.  The aim of the workshop was to teach both children and teachers how to get started with the Raspberry Pi, the GPIO and talking to it using simple Python Code.

During the workshop, the participants all made a burglar alarm (or “PiLarm” as we like to call it) using a home-made pressure switch, a Raspberry Pi and a buzzer.

To start with people tried out a few very simple Python programs to learn a bit about printing messages and writing simple loops.

After that, Jon showed everyone how to make a simple pressure switch made from cardboard, tin foil and sticky tape.  These worked brilliantly and were fun to make.

If you fancy having a go at the workshop yourself then please let us know.  We might be looking to repeat it later in the year.

More information about Gateshead Libraries can be found on their website http://www.gateshead.gov.uk/libraries/

This entry was posted in Raspberry Pi, Workshops. Bookmark the permalink.