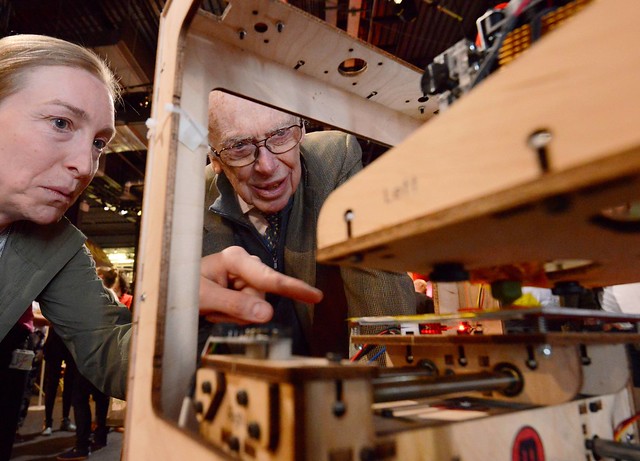 We also had 5 different types of 3D printer on our stand over the weekend.  Most notably, Jay’s, which was jaw droppingly large.  It was quite fun to see people’s reactions as they realised what it was.

Ed had a brilliant Laser Caper which was a great success with long queues all weekend.  This involved a Mission Impossible style laser tripwire assault course!

Over the weekend we met up with countless makers from around the world and visitors to the space from other UK Maker Spaces including Leeds, London, Manchester and Nottingham.  We now have a Maker Space stamp so we were able to stamp people’s Hackerspace Passports while they were here.

Thanks to all the people who came along and said hello. We hope you had as good a time as we did.

This entry was posted in Events. Bookmark the permalink.