This is the latest prototype of a control panel for a set of radio controlled railway signals which I am designing for the 5-inch and 7-inch gauge outdoor model railway constructed by Handforth Model Engineering Society in Meriton Road Park, in Handforth, Cheshire. 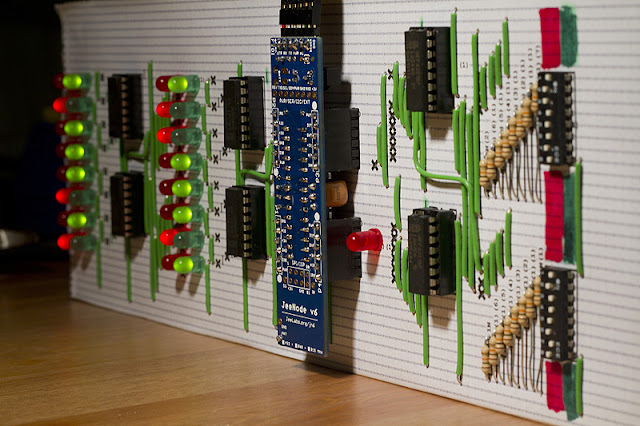 Manually operated, the switches (on the far right hand side) are used to control whether each signal should be red or green.  The message will be transmitted to the remote signal using the Jeenode (in the middle of the board).

If successful, a confirmation message will be returned to the control panel and the associated LEDs will mimic the status of the remote signal. 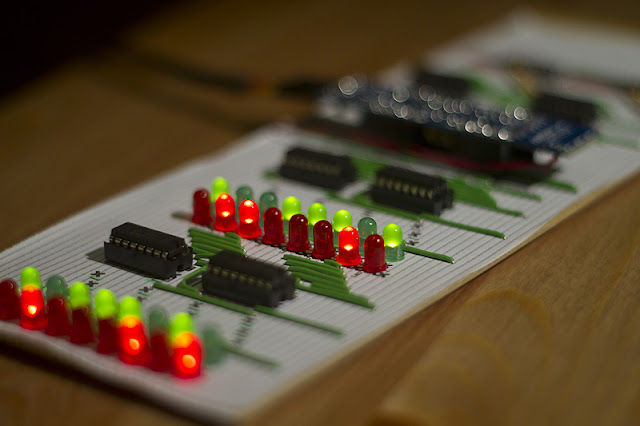 Failure to receive a response from a signal will be indicated by flashing the relevant mimic LEDs.

The complete board is shown below. 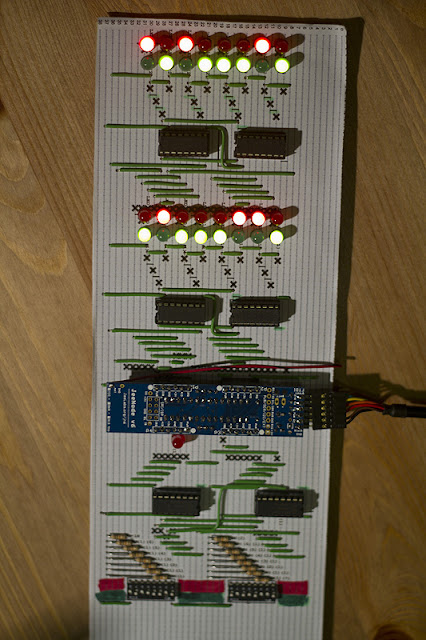 This is just the prototype of the control panel so far.  The final panel will have a map of the railway layout with toggle switches and LEDs in position around the track.

This entry was posted in Member Projects. Bookmark the permalink.